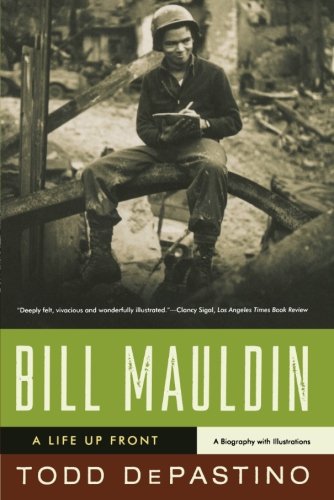 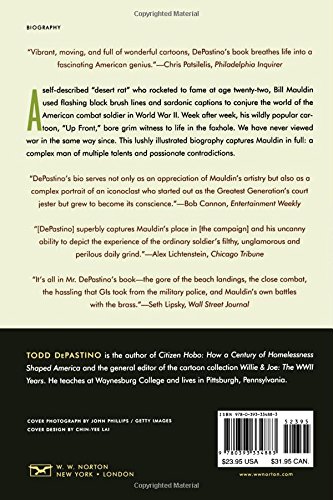 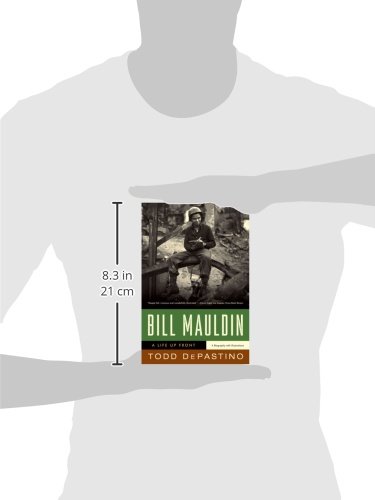 Bill Mauldin: A Life Up Front

“A deeply felt, vivacious and wonderfully illustrated biography.” ―Clancy Sigal, Los Angeles Times Book Review A self-described “desert rat” who rocketed to fame at the age of twenty-two, Bill Mauldin used flashing black brush lines and sardonic captions to capture the world of the American combat soldier in World War II. His cartoon dogfaces, Willie and Joe, appeared in Stars and Stripes and hundreds of newspapers back home, bearing grim witness to life in the foxhole. We’ve never viewed war...

“A deeply felt, vivacious and wonderfully illustrated biography.” —Clancy Sigal, Los Angeles Times Book ReviewThe Barnes & Noble ReviewBack at the beginning of this century, someone asked historian Stephen Ambrose to name his candidate for Time magazine's Person of the 20th Century. Without hesitation, he chose "the citizen soldier" -- the enlisted men of the Second World War about whom he wrote in one of his many popular books. No doubt Bill Mauldin -- cartoonist, World War II veteran, and the subject of Todd DePastino's excellent new biography -- would agree with Ambrose's salute to the average G.I. Joe. After all, Mauldin (1921-2003) was essential in creating the very image. His cartoons from the front, published in the service newspapers and reprinted throughout the United States, went far toward explaining the life of the average soldier to his supporters back home. Mauldin himself came from a hardscrabble background similar to many of those men who were sent to the frontline of combat, and his sympathies ran deep, not just because he was a low-level infantryman.