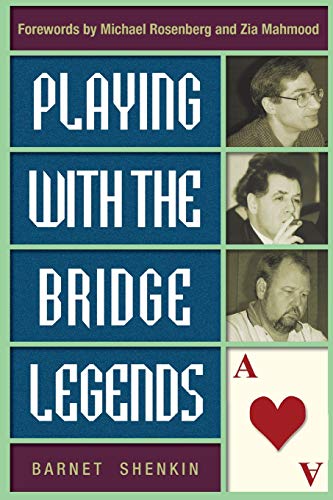 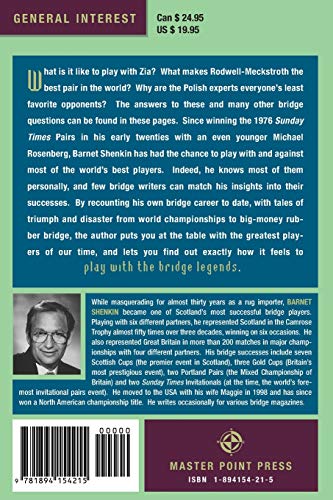 Playing with the Bridge Legends

Since winning the world\'s most prestigious pairs event in his early twenties, with the equally precocious Michael Rosenberg, Barnet Shenkin has continued to build a an impressive bridge career. Over the last 25 years, he has had the opportunity to play with and against some of the best in the world, and in this book he recounts his favourite hands and stories. While much of his early career was based in Scotland and England, Barnet now lives in Florida and is becoming well-known on the US...